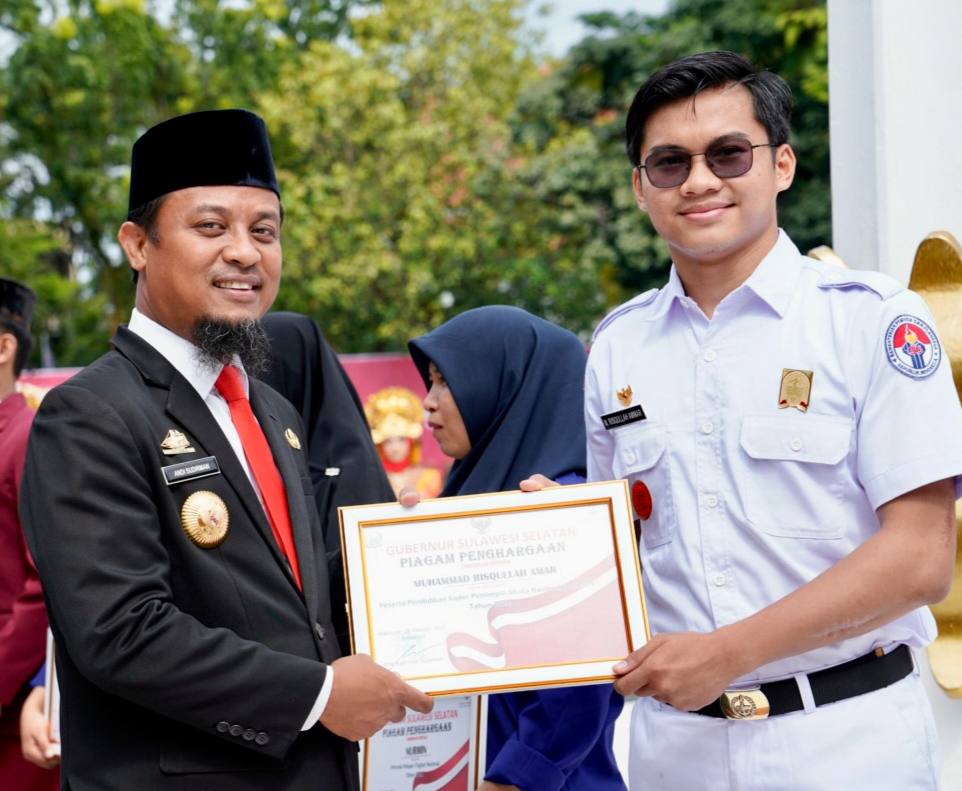 In a series of activities, the South Sulawesi Provincial Government also invited and appreciated South Sulawesi’s outstanding youth in this 2022 youth oath ceremony, both those who have contributed to the national and international arena, starting from the Inter-State / Provincial Youth Exchange (PPAN / PPAP), Pioneer Youth Tk. National, Indonesian Delegation to the Youth Meeting in Thailand and National Young Leader Cadre Education (PKPMN).

One of the PKPMN outstanding youths who received an award from the Governor of South Sulawesi, Muhammad Risqullah Ammar, who is also the Head of BEM Faculty of Medicine, Universitas Muhammadiyah Makassar, expressed his gratitude and hope that,

“Alhamdulillah, thank you very much to our parents, family, teachers and colleagues. The appreciation of this award makes us grateful and spurs us to be even better with other young people. We want everyone to realize that we are the successors of this nation’s leadership relay in the future. Therefore, we as youth must learn many things, take roles and responsibilities in advancing this nation according to our respective potentials,” he added.

The Youth Pledge teaches the values of national unity. It proves that the differences of the Indonesian nation can be united as Bhinneka Tunggal Ika which means “different but still one”.

In his remarks, the Governor of South Sulawesi hoped that the youth could become an agend of change and with the awarding of outstanding youths could be an inspiration for other youths.

He added that those who pushed for the proclamation of independence were the youth so that youth must continue to take a role in advancing this nation.

The 94th Youth Pledge Ceremony this year was held solemnly coupled with the raising of the red and white flag, reading the script of Pancasila, the 1945 Constitution, the Youth Pledge and joint prayers.