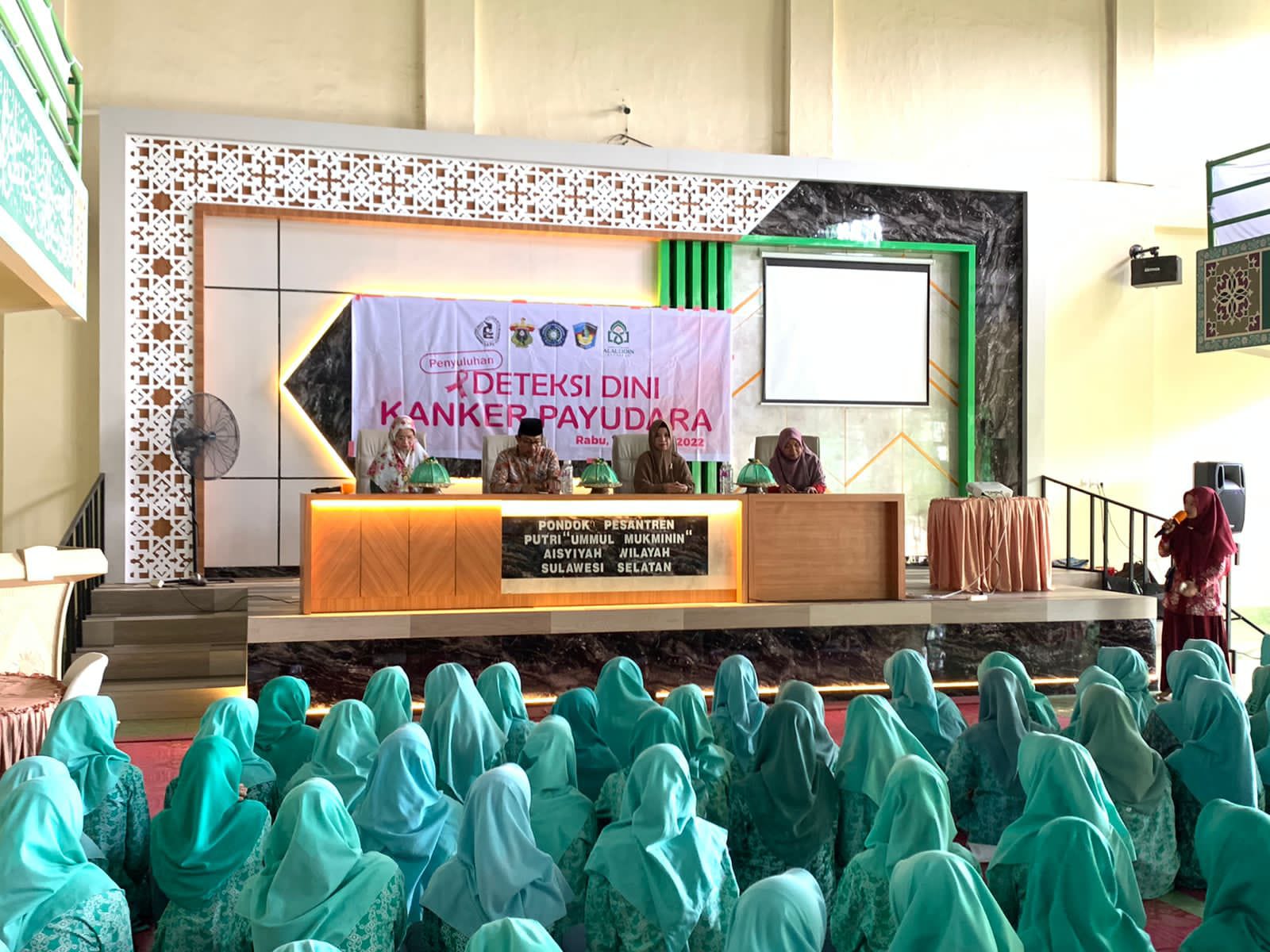 “Counseling related to early detection of breast cancer must be expanded in its impact, not only commemorating breast cancer awareness month but in other months it also needs to be intensified and Ummul Mukminin is always ready,” he said.

Dr. Ummu Kalzum M. Med.Ed Sp.PA one of the speakers said, this activity aims to help increase attention and support for awareness, early detection and treatment and palliative care of breast cancer.

This lecturer at the Faculty of Medicine and Health Sciences (FKIK) Unismuh Makassar also said that many people are still taboo about breast cancer, especially in productive age.

“With this counseling activity, it is hoped that it can provide direct guidance to santriwati in preventing breast cancer early on, especially since the death rate caused by breast cancer in Indonesia is still high,” said Dr. Ummu Kalzum M. Med.Ed Sp.PA.

She also hopes that through this activity the santriwati can find out in more detail about what things can trigger breast cancer.

“We hope that through education there is an increase in public knowledge to be able to jointly prevent and reduce the risk of breast cancer, especially for women,” she added.

On that occasion, Dr. Ummu Kalzum along with other doctors educated the teenagers by demonstrating the steps of SADARI (breast self-examination) so that the santriwati could more easily understand, understand and be introspective about breast cancer.

“From now on, we can prevent breast cancer early on with SADARI (breast self-examination) which can be done once a month after menstruation on days 7 to 10 and for women who have menopause can do SADARI every month once on the same date,” she added.

He added that if there is a lump in the sadari, he suggested to check with SADANIS (clinical breast examination), so that action can be taken as soon as possible and find out whether the lump is benign or malignant.

Separately conveyed, Muhammad Risqullah Ammar as Chairman of BEM FKIK Unismuh Makassar was enthusiastic about the involvement of medical students.

“The existence of this activity certainly makes us able to learn directly to the community, of course the hope is that preventive promotive-based activities in the health sector also continue to actively involve medical students as the successors of medical personnel later,” he said.

It is known that previous counseling activities have been carried out at the Darul Arqam Gombara Muhammadiyah Islamic Boarding School in Makassar.